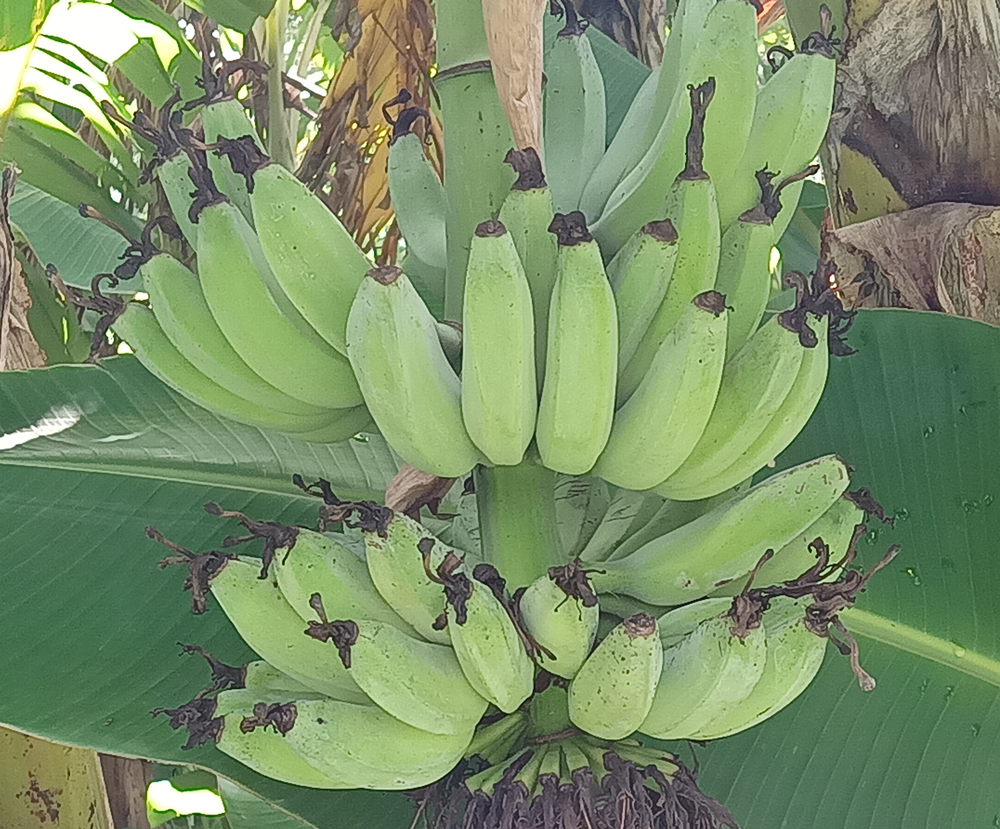 Scientifically called Musa, banana is inherent to Southeast Asia. It is a perennial and herbaceous plant which grows to 12-40 feet tall.

The juice extracted from roots is used for treating swellings, carbuncles, fevers and as a tonic for hair. 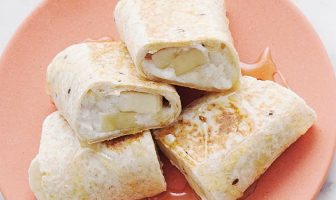 This fruit is an instant energy booster which is commonly available all over the world. Bananas are packed with beneficial micronutrients such as potassium which is a vital electrolyte in the body, regulates blood pressure and assist in functions of heart and also balance fluids.

Plants bear 8 to 30 torpedo shaped leaves which are 3.7 m long and ½ meter wide. Flowers are creamy to yellow which appears at the time of mid-summer. Fruits are elongated and slightly curved having a fleshy outer peel with white or yellow flesh. Fruits have wide range of colors such as yellow, red, green and brown. The plant needs sunny sheltered position in well-drained and fertile soil having pH between 6 and 7.5. It has the ability to tolerate light frosts but requires very sheltered position. This plant is intolerable to salty soils.

Scientifically, the most cultivated bananas are Musa balbisiana, Musa acuminate and Musa × paradisiaca for the hybrid Musa acuminata × M. balbisiana. Though plantains and bananas derive from same species, it differs in proportion of sugar to starch. Bananas have great nutritional value with minerals, vitamins, protein and elements. The fruit is a great source of calories and low content of water. It has high content of fiber, carbohydrates, potassium, fiber, phosphorus, magnesium and several vitamins. Banana is consumed fresh, cooked in various dishes and also used as a pureed for baby food. It is also a great source of Vitamin C that assists to strengthen immune system. Bananas do not have cholesterol, fat and sodium that makes it healthy food.

Firstly bananas were domesticated by farmers of Southeast Asia and Papua New Guinea. The evidence shows that cultivation of Banana date back to 5000 B.C and possibly be 8000 B.C. Plantains and bananas is a vital food source in Africa, Southeast Asia and Oceania.

By the late medieval period, bananas were cultivated in Christain Kingdom of Cyprus. In 1458, Gabriele Capodilista, the Italian traveler and writer wrote about farm produce of estates at Episkopi including the region of banana plantations.

Portuguese sailors brought fruits in 16th century from West Africa and they introduced bananas to America. Many cultivars and wild banana species exists in extraordinary diversity in China, India and Southeast Asia.

Today it is cultivated in 135 countries for its fruit and to prepare banana beer, banana wine, fiber and planted for ornamental purposes.

Banana is a largest and herbaceous flowering plant. It has spirally arranged leaves which measures upto 2.4-3.7 m long and ½ meter wide.

Leaves are torn by wind. When the plant becomes mature, corm do not produce new leaves and then forms a flower inflorescence. The stem growing inside pseudostem carries an immature inflorescence till it develops at top. A single inflorescence called banana heart is produced by each pseudostem. When the fruiting starts, pseudostem dies but offshoots develop from base so the plant is perennial as a whole.

An inflorescence possesses many bracts in between rows of flowers. Ovary is inferior and the flower parts and tiny petals emerge at the tip of ovary. Fruits are developed from banana heart which is large and hangs in a cluster having 20 fruits to a tier. A hanging cluster is called bunch which comprises of 3 to 20 tiers and weighs about 66 to 110 lb.

With a good reason, it has become common in breakfast menus. This soft and creamy fruit is known all over the world for its remarkable health benefits and delightful flavor. It is widely consumed and is loaded with essential nutrients that help to eliminate various health problems. This fruit is an instant energy booster which is commonly available all over the world. Bananas are packed with beneficial micronutrients such as potassium which is a vital electrolyte in the body, regulates blood pressure and assist in functions of heart and also balance fluids. Scientific evidence shows that bananas help to lower blood pressure and prevent strokes and heart diseases. It has high content of pectin which helps to soothe gastrointestinal tract, lowers cholesterol and assist bowel movements.

Banana has high content of fiber called pectin that provides structural form to flesh. Bananas when not ripened acts like soluble fiber and is helpful for digestion. Resistant starch and pectin normalizes level of blood sugar and lower appetite by slowing emptying of stomach. In healthy individuals, bananas do not cause major spikes in levels of blood sugar.

Bananas are a great source of dietary fiber that is associated with various health benefits such as promoting digestive health. Banana have meaningful amount of dietary fiber that assist in smooth movements of bowel and eliminates stubborn stools by providing relief from constipation. It is also helpful in treating other intestinal problems. It have two types of fiber namely pectin and resistant starch. Pectin level decreases as the banana is ripened. Resistant starch is found in unripen bananas. It is found to be beneficial for gut bacteria. Moreover, some studies suggest that pectin is beneficial to prevent colon cancer.

Though the study is not conducted on knowing the effects of banana on losing weight. The features of bananas make it a weight loss food. Banana contains few calories which is very nutritious and filling. Being rich in fiber, it makes easy in digestion which helps in lowering weight of the body. Moreover, unripe bananas are loaded with resistant starch which lowers appetite and tends to be filling. It does not have fats. It inhibits the release of ghrelin, a hunger hormone, which won’t make the person feel hungry. This lowers overeating by supporting to lose weight naturally.

Banana contains potassium in it which is a mineral that is vital for maintaining heart health and also controls blood pressure.  The diet having high content of potassium reduces blood pressure and those people who intake high potassium diet have 27% lower chances of heart disease. In addition, it possess good amount of magnesium which is essential for heart health. It relaxes tension on veins and arteries so that blood can flow smoothly and oxygenate organs of the body. It could prevent atherosclerosis, heart attacks and strokes. Fiber manages excess cholesterol from blood vessels and arteries and lowers the stress on cardiovascular system.

Bananas are a great source of dietary antioxidants including catechins and dopamine which is associated with health benefits such as lowering the chances of degenerative diseases and heart disease. Banana has dopamine which acts as an antioxidant and do not cross blood-brain barrier and alters hormones or mood.

Though bananas have low content of calories but still it contains adequate amount of calories that could lead to weight gain. Banana of medium sized contains 105 calories so it could not be a great choice as a low calorie snack to consume in every few hours.  Apart from this, strawberries, watermelon, cantaloupe, cucumber, peaches, zucchini, lettuce and cabbage are better choices for snack. Being rich in fiber and low in calories, it makes one feel full for long period of time.

People with migraine attacks should avoid bananas because it contains a substance tyramine which is also found in fish, cheese and meats that triggers migraine headaches. In comparison to banana pulp, the peels contains ten times more tyramine so one should be cautious and remove stringy pieces of peel before consuming this fruit.

Bananas are rich in starch that causes tooth decay if one is not able to maintain proper dental hygiene. Bananas can damage oral heath more than red licorice, chocolates and chewing gum. Sugar dissolves fast whereas starches dissolve slowly in the mouth. When banana is consumed, the particles remain between teeth for two hours which attracts more bacteria leading to cavities.