The urban bokashi makes use of a solid and liquid EM (effective microorganism) activator, which is a solid anaerobic microorganism activated in water, raw milk and molasses.

From Bokashi to BIOL

The composting journey in which EdibleScapes has embarked, is seen along the coast in fertiliser. We haven’t yet chosen a particular method of fertilizing, but have experimented with a wide range of liquid fertilisers. We enter first into the realm of bokashi fermentation, which is a Japanese term for slow fermentation in steam. The Bokashi method has been appropriated and modified to suit a range of agricultural conditions around the world by organic farmers.The urban bokashi makes use of a solid and liquid EM (effective microorganism) activator, which is a solid anaerobic microorganism activated in water, raw milk and molasses. The urban bokashi separates and harvests the liquid which is leached out, allowing the solids to ferment with low humidity. EdibleScapes has begun adopting this system. 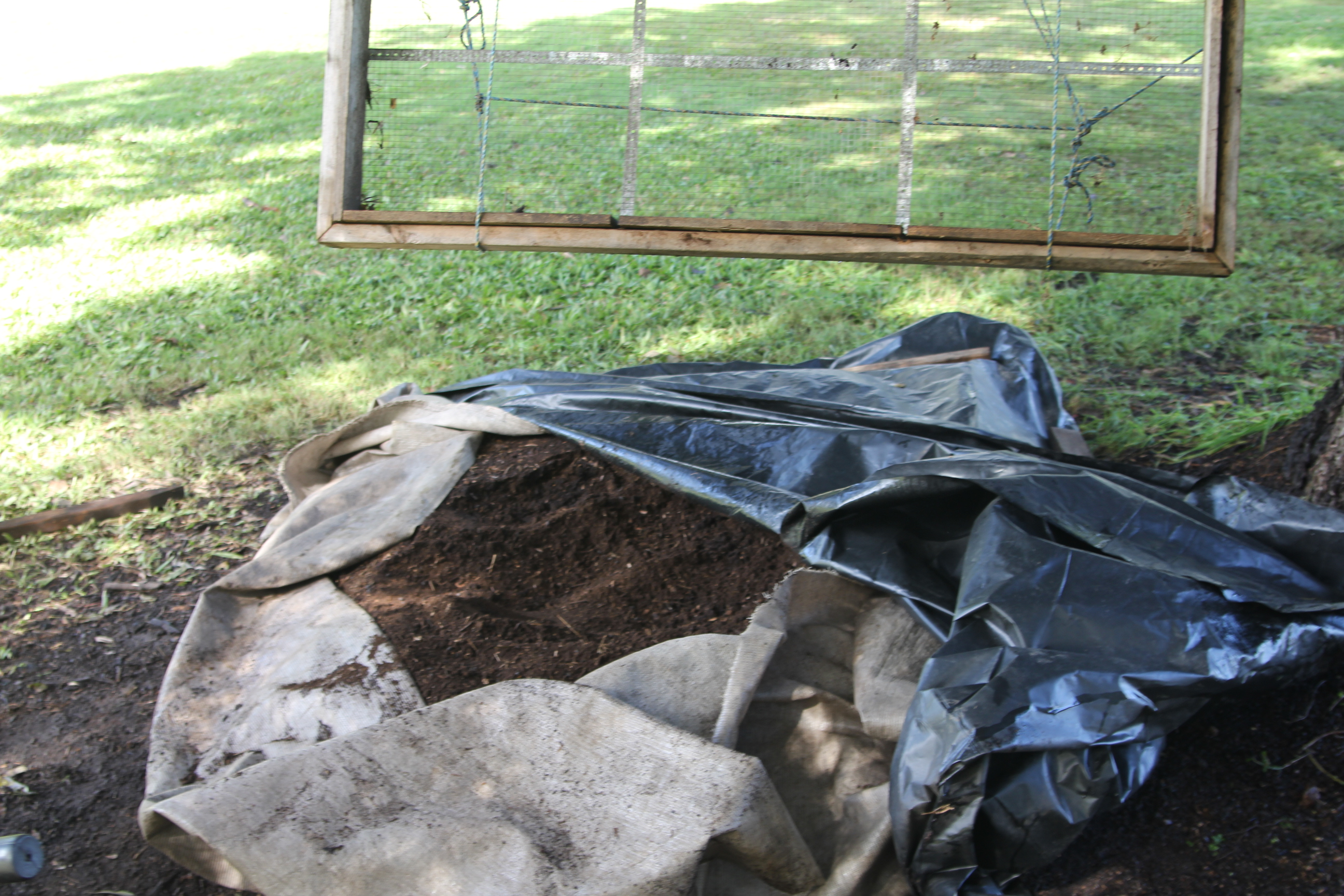 EdibleScapes are adapting bio-digester technology to produce anaerobic fermented Bokashi, fermenting fruit and veggie scraps on a community composting scale.
Bio-digesting is an old technology used by farmers in Europe, India and China to ensilage fodder in silos to ferment grass crops to feed to cattle, sheep and other such ruminants (cud-chewing animals). This is the technology that is used for biofuel today.
An adaptation of silo silage is now commonly used by organic farmers in the form of 200L plastic drums of Brazilian ‘Super-Magro’ liquid fertiliser (BIOL). This method reproduces the cow’s stomach fermentation system.   Because one of the drawbacks of biol is the use of cow manure in its production,  Central American organic farmers are replacing cow manure with fermenting grass in a bokashi-MM reproduction method.
EdibleScapes are experimenting to substitute fermented grass with fermented fruit and veggie scraps to produce BIOL – liquid fertilisers. 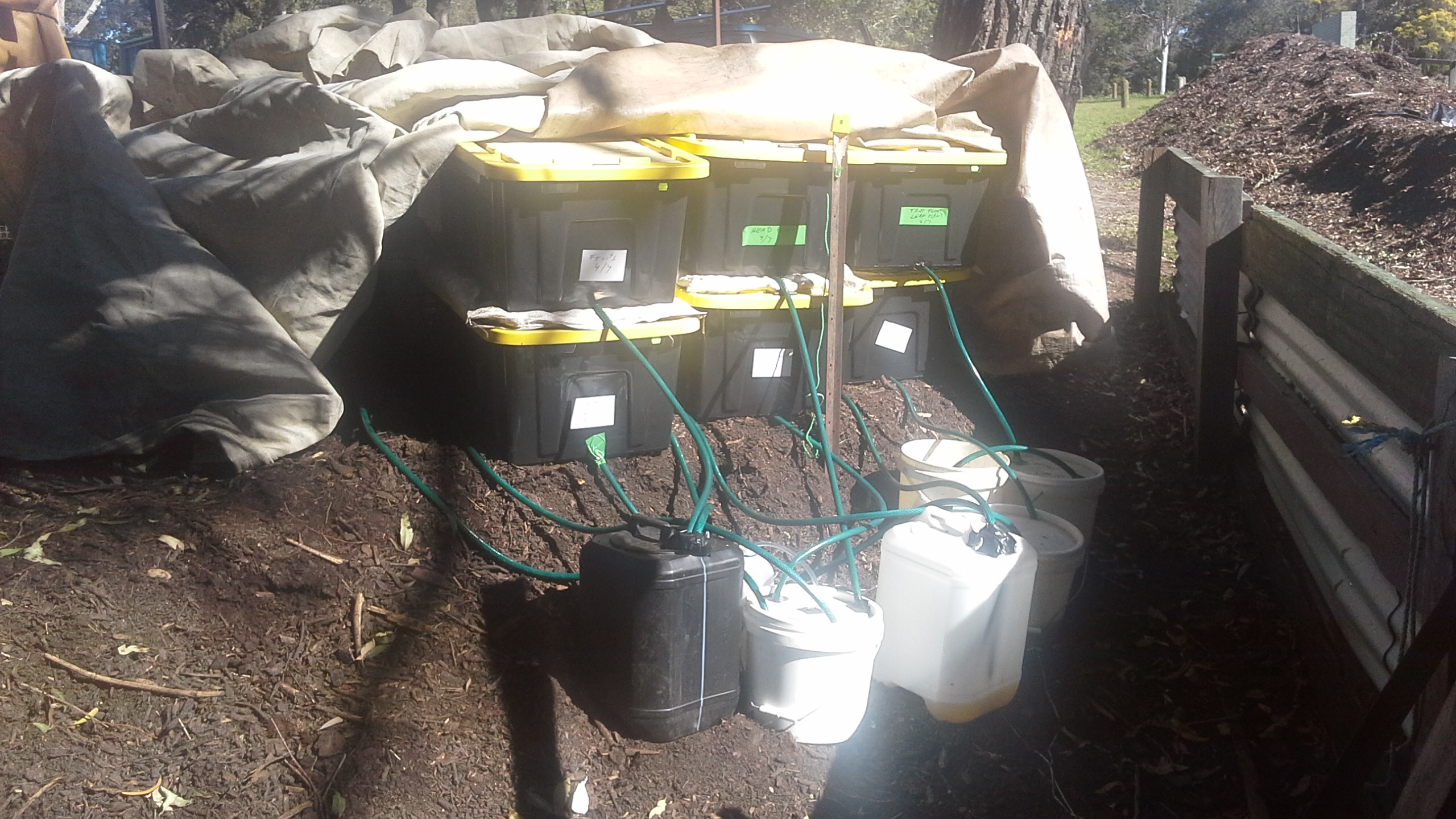 The first step after collecting from a Farmers’ Market is to separate and crush family groups of veggies and fruits to put in different containers. As these are added, they are compressed down with a thicker top solid bokashi layer to be sure it is completely anaerobic airtight. This will be kept closed for at least 15 days. 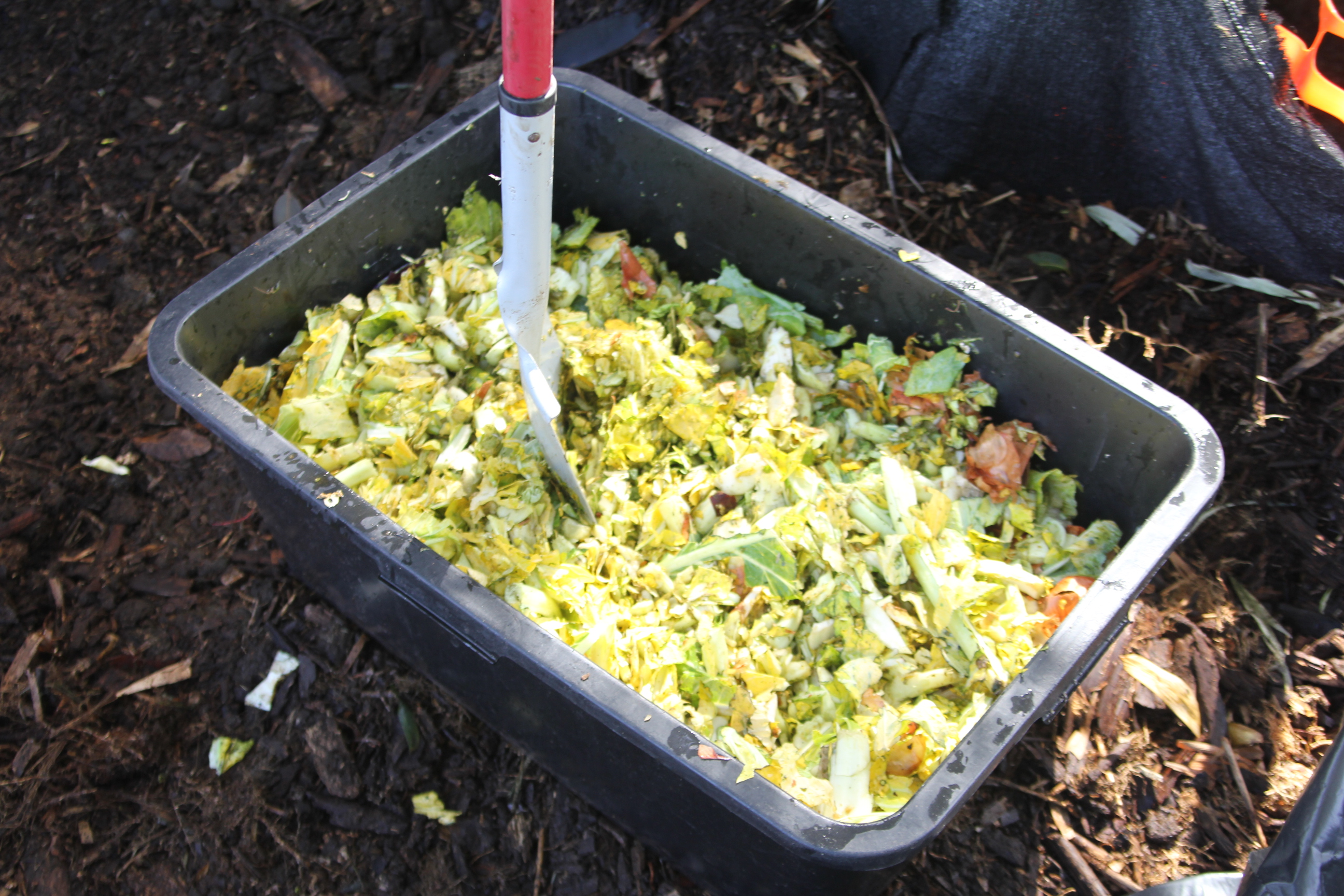 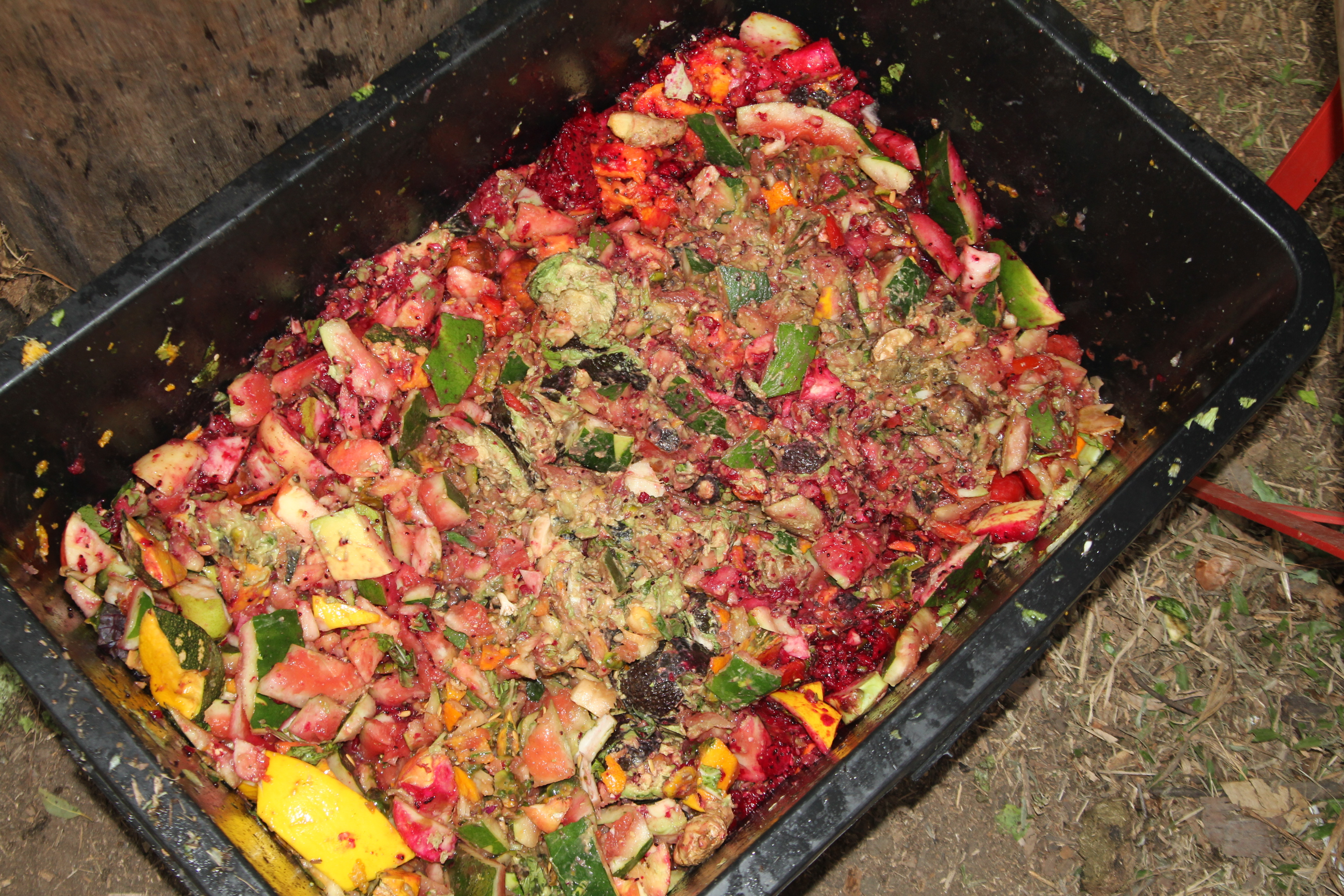 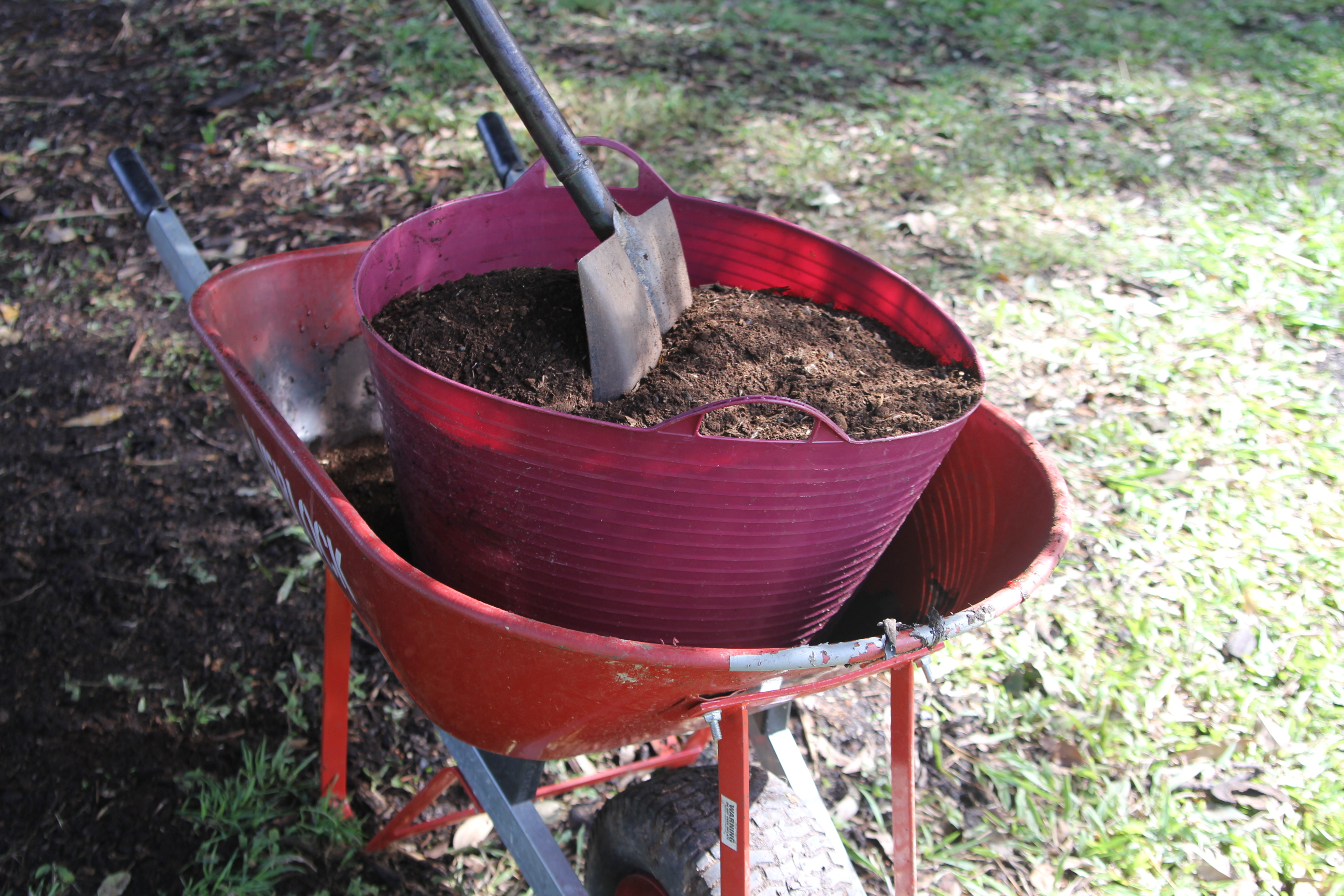 Add a thick layer of bokashi to each box.

At the end of the fermented bokashi cycle, the fruit and veggie scraps are conserved in a nearly recognisable shape. To finish the process, EdibleScapes has two options. The first is to incorporate this fermented bokashi into a mix with compost.
The compost heat is reduced by lowering the compost heap height and adding dry bokashi as a brown carbon component. The fermented bokashi in this new mixture, becomes the green nutrient component of the compost bokashi mixture.  This compost bokashi mix will allow the fermented fruit and veggies to dissolve into the organic mix without loss of its valuable nutrients. Both the solid fermented bokashi and the liquid fertilizer contain undestroyed all the nutrients of the food: nitrogen, potassium and phosphorous, and all the 16 minor minerals contained in the fruits, veggies and herbs.

A second option, preferred by EdibleScapes, is to incorporate both the solid fermented bokashi fruit and veggies and liquid leachate into a BIOL super-magro process in an anaerobic, airtight container for another 30 days to produce liquid fertilisers. Then, BIOL products can be diluted by 2 - 5% in water for foliar spray for crops, fruit trees and plants.
‍
The benefit of separating the veggies and fruit scraps into family groups to enter into the fermenting process is that each group of vegetables contain many vitamins and minerals that are good for human and soil health. Groups such as: cruciferous vegetables, including broccoli, brussels sprouts, cabbages and cauliflower; leafy green plants, including lettuce, silverbeet, spinach, bok choy and kale; Root/tubular/bulb vegetables, including potato, sweet potato, carrots, beetroot, onions, cassava and others; fruit plants, including tomato, zucchini, squash, avocado, capsicum, eggplant, cucumber, pumpkin, green peas and green beans; tropical fruits, such as banana, paw paw, mangoes, melons; citrus fruits, such as oranges, mandarins, lemons; stone fruits and berries, such as apples, pears, peaches, nectarines, plums, strawberries, kiwifruit, and passionfruit.

The benefit of having each veggie and fruit group in separate BIOL super-magro processes is that each group has characteristic mineral concentrations which can be enriched further by adding magnesium, manganese, zinc, boron, calcium, silicate for a tropical mix group or phosphorus, potassium, borax, magnesium, calcium and silicate for a crop strengthening mixture and so on. 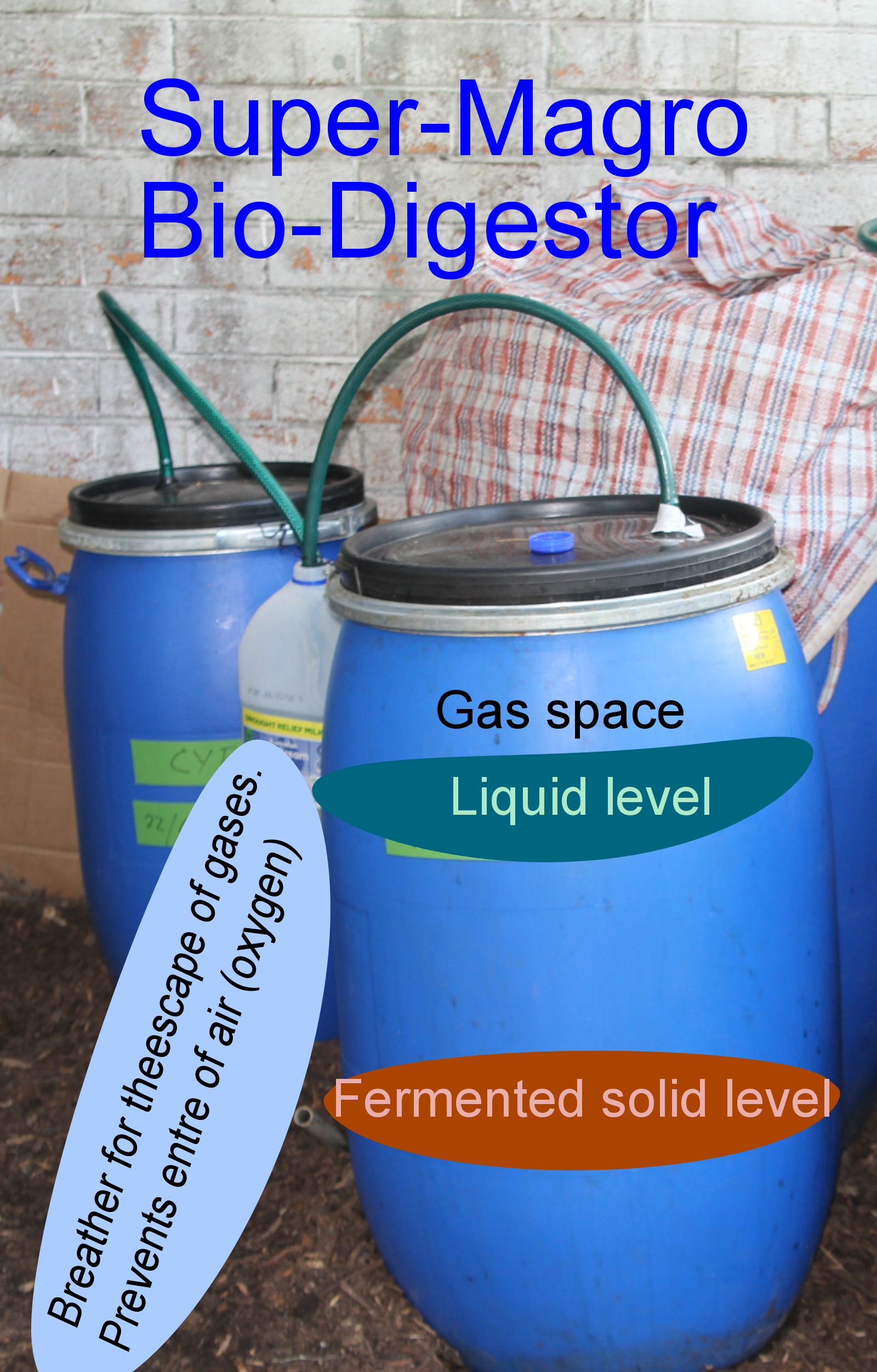 Insert the end of the hose pipe in the plastic bottle containing water - it acts as a breather for the escape of gases produced inside the container and also prevents the entry of air (oxygen).  Gases produced inside the container will escape through the hose pipe, forming gas bubbles in the plastic bottle containing the water.

EdibleScapes will be making available to the Gold Coast Organic Growers’ community, liquid fertilisers.  These products will be the core trading for the social enterprise of fundraising, both for the benefit of the Edible Landscapes Gardens and to improve the community composting system. 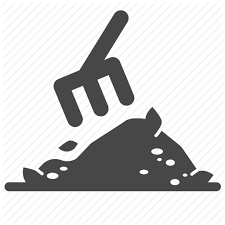 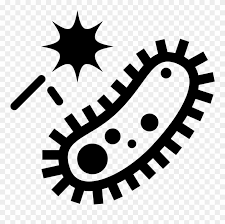 Update June - May 2019
a process of reproducing beneficial microorganisms, obtained from a natural forest. 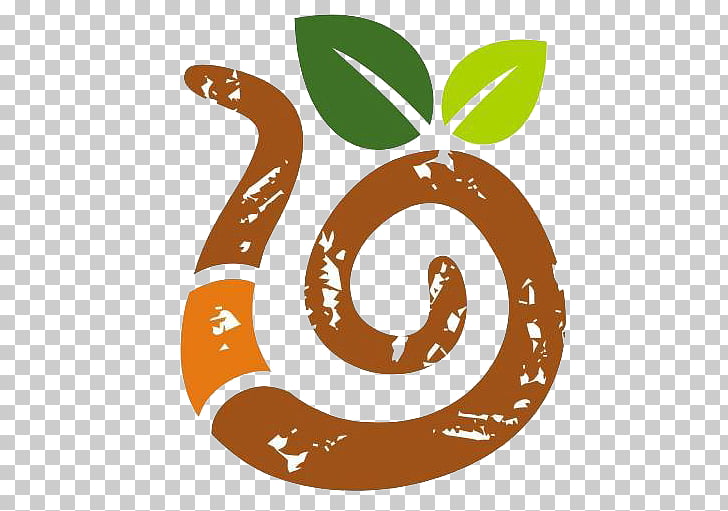 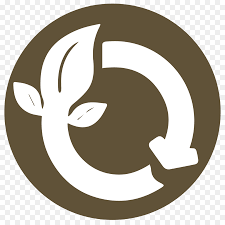 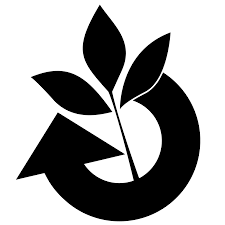 Update February 2020 -October 2019
After 6 weeks, the process results in a solid bio fertiliser soil product, to use as solid substrates.